Five Things You Might Not Know About Eclipse Che

When the Eclipse Che project started four years ago this month, the most common question I heard was “This is really cool technology, but what do you use it for?”

At the time, there wasn’t a lot of activity happening around cloud-based developer tools such as integrated development environments (IDEs). There were even fewer activities around container-focused, cloud-based IDEs. People were very interested in what was happening in Eclipse Che, but they weren’t quite sure what to make of it.

Fast-forward to March 2020 and the landscape has changed dramatically. People have a much better understanding of cloud-based development and containers. And they appreciate how much faster and easier Eclipse Che makes it to develop enterprise applications that leverage containers and Kubernetes.

With the speed and simplicity that Che enables, people have flocked to it. Today, a number of corporations and communities across the globe rely heavily on Eclipse Che to expand, enhance, and tailor their developer experiences. Leading technology providers, including IBM, CA Technologies, SAP, Red Hat, Samsung, and Broadcom use Che. It’s also used broadly across industries, including banking, automotive, and healthcare.

While most people have a good understanding of Eclipse Che and its benefits, there are still a few facts about this very versatile technology that surprise people.

1. You Can Use Che for Just About Anything

Instead of asking what you would use Che for, the question now is more along the lines of “what wouldn’t you use it for?” In addition to the expected use cases — helping developers get started and contribute to applications that will be deployed on a Kubernetes platform — we’re also seeing some really interesting and unexpected applications.

Once you get past the novel idea of combining mainframes with new technology like containers and Kubernetes, it makes perfect sense. But, it’s certainly not a use case we envisioned when we started Che.

These are just two of the many innovative ways Che is being used. Those of us who work on the project feel we’re just starting to scratch the surface of how the technology can be used.

2. The Real Power of Che Is the Backend Functionality

Many people think of Eclipse Che as a web-based IDE. But, the IDE represents only about 20 percent of Che’s capabilities. The most interesting and powerful part of Che is the 80 percent that happens behind the scenes.

A growing number of people in the Eclipse Che community are focusing on what the Che backend can do for them. In fact, some don’t use the Che IDE at all. They swap it out for something that’s more appropriate for their needs.

For example, data scientists don’t need an IDE that looks like Visual Studio Code because they’re not coders. They want to use their Jupyter Notebook or something like it. Other folks don’t want to use a web-based editor. They prefer to take advantage of the Che server and the workspaces it provisions directly from their desktop IDE. That’s possible too.

The point here is the conversation shouldn’t be about the Che IDE. It should be about comparing Eclipse Che to other tools that provision workspaces in the background so developers don’t have to. Today, there aren’t many tools that provide this capability in a Kubernetes environment. You can do it with virtual machines, but VMs are heavy, slow, and not easily portable. And they certainly don’t support hyperscale like containers and Kubernetes do.

3. You Can Use Che Offline

You can use Eclipse Che in an environment that’s completely disconnected, or air-gapped, from the internet. There are two reasons this is important:

When these organizations find out they can use Che offline, it’s typically a big “wow” moment for them. Their developers are very intelligent people, but they work in highly constrained worlds with limited access to sophisticated, modern tools like Che.

4. Che Has Many Innovative Contributors

Many people still think of Eclipse Che as a Red Hat project, but it’s not. It started as a project from a company called Codenvy that was acquired by Red Hat, but the community has broadened considerably since then. It now includes contributors from a wide range of locations and corporations.

Che is your typical Eclipse community that’s always expanding and is very approachable. We have weekly community calls, and they now often include demos from our community members. Some of these demos are very impressive, which shows we’ve reached an exciting and interesting stage in the project’s growth.

5. The Che IDE Has Come a Long Way Since It Was First Released

Although the IDE isn’t the only part of Che you should care about, it’s where most people first interact with the project. When Eclipse Che was first released, many people probably liked the functionality it provided, but were put off by the fact that it didn’t look like the IDE they were already using. It likely seemed easier to stick with what they knew rather than go through a learning curve they didn’t have time for.

Today, the Che IDE looks and behaves like Visual Studio Code so it’s a painless move for millions of developers around the world. Developers also have the flexibility to stick with their preferred cloud or on-premises IDE. That learning curve they were so worried about has virtually disappeared.

Take Another Look at Che

If you haven’t looked at Che in a while, it’s definitely time to take another look and re-evaluate how it can help you take advantage of new opportunities and tackle major challenges. There are a lot of people in the Che community doing some very innovative work with the technology and we’re constantly making improvements.

To get started, visit our website. You’ll find an overview of Che 7, our newest and biggest release ever, along with detailed information about using Che and the links you need to get started.If you want to try it right away, sign up to use the free Eclipse Che Software as a Service (SaaS) that Red Hat hosts on our OpenShift Kubernetes platform. 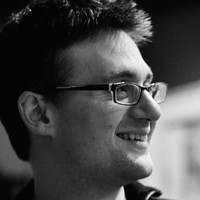