Almost two years ago, Eclipse Kuksa began as a new project at the Eclipse Foundation. In the July 2018 newsletter, we provided an overview of the project, its goals, and organization. Now, we’re celebrating our first release, and we would like to take this opportunity to provide an update on our activities.

A Quick Look at Eclipse Kuksa

First, some context. Eclipse Kuksa is a software platform and ecosystem for Vehicle-2-X scenarios. It was initiated within the publicly funded ITEA project, APPSTACLE.

From a technical perspective, Eclipse Kuksa is based on three main pillars:

2019 Was a Big Year for Eclipse Kuksa

The Eclipse Kuksa project was very active in 2019. The year started with a large meeting and project hackathon in Berlin. This event allowed interested developers to check out the project and tinker with its components to increase development traction. It also allowed us to kickstart work on two bigger features: the container-based app management needed to support software over the air (SOTA) and firmware over the air (FOTA) functionality.

The first versions of these two features, along with several other improvements, were included in our first milestone release, Kuksa-0.1.0-M1, in February. This was a great achievement because the feature set for our first release was almost finalized, our third-party dependencies were almost cleared, and we were ready to work toward our first release.

Just prior to the release, the project team met for another hackathon in Paderborn to fix the remaining open issues and polish the software to get release 0.1.0 out the door in September.

All of this hard work meant we were able to pack a solid set of features into release 0.1.0.

On the in-vehicle side, we introduced the new container-based app management, a virtual CANbus that allows apps to access the Controller Area Network (CAN) in a secure and controlled way.

The in-vehicle platform also includes an Intrusion Detection System (IDS) that identifies network traffic anomalies to prevent malicious access. Another important feature is a unified API based on the W3C VISS that provides access to data from the vehicle through a tree-like data structure. Finally, the FOTA functionality provides a means to update the in-vehicle platform within a vehicle to a newer version over the air.

On the cloud backend side, we improved security, usability, and stability. We also introduced the Kuksa app store that provides a user-facing frontend to install, update, and remove apps on registered vehicles.

The New Features Are Great for Demos

The new features are handy for creating use cases and demonstrating them at different events.

You can see part of these demonstrations in the photo below.

In addition, Robert Bosch GmbH demonstrated a roadside assistance system (shown below) at EclipseCon Europe 2019 and other events. The system demonstrates how a car repair shop can use remote vehicle access to check for possible problems and to either resolve the issue or analyze it so service technicians are informed and know which parts are affected.

These examples are great ways of showing the potential that Eclipse Kuksa opens up. A big thank you to everyone who has contributed so far and made all of this possible! 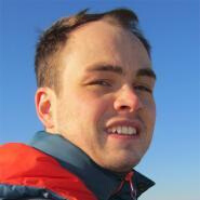