Jakarta NoSQL: What You Need to Know

Jakarta EE picks up where Java EE 8 left off, but the roadmap going forward will be focused on modern innovations such as microservices, modularity, and NoSQL databases.

The Jakarta NoSQL specification simplifies integration between Java applications and NoSQL databases by providing a common API that works with different types of NoSQL databases and different vendors’ database versions.

To achieve this simplification, the spec has two layers:

Figure 1 shows the two Jakarta NoSQL layers, their relationship to one another, and to the four database types.

Vendor lock-in is one of the key factors Java developers must consider when choosing a NoSQL database. If you’re switching from one database to another, considerations also include the:

Each code snippet shown in Figure 2 is doing the same thing — creating a document, a tuple with a name, and the information itself — with the same behavioral goal. But, each database uses a different class, method name, and so on. If you want to move your code from one database to another, you need to learn a new API and update all of the database code to the new database API code target.

With the Jakarta NoSQL Communication API, you can use driver databases that look like JDBC drivers to quickly and easily switch between NoSQL databases. This ability also makes it easier to learn about the software architecture of a new NoSQL database. Figure 3 illustrates the concept.

Considerations for Converting a Jakarta NoSQL Application to Cloud Native

When it comes time to convert your Jakarta NoSQL application to cloud native, there are several factors to consider, including which best practices to follow to avoid mistakes and code smell.

As far as we know, there aren’t best practices related specifically to cloud native development. However, there are patterns from agile, microservices, and the twelve-factor app that are useful to follow to help ensure you develop a healthy, pain-free application.

I recommend familiarizing yourself with the aspects of the twelve-factor app, as well as the Manifesto for Agile Software Development and the concepts of continuous integration, continuous delivery, and domain-driven design.

The most well-known practices related to any application that includes cloud computing are inspired by Martin Fowler’s book, Patterns of Enterprise Application Architecture. 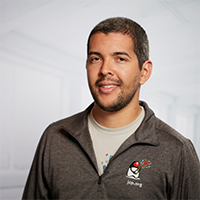