Eclipse Theia Is Ready for Primetime

After three years of hard work and several high-profile production deployments, Eclipse Theia 1.0 will be released on March 31. The technology is mature, stable, and ready for anyone and everyone to use as a foundation for their custom cloud or desktop integrated development environment (IDE).

The framework that Theia provides is the natural evolution of open source desktop IDE platforms, such as the Eclipse IDE. With Theia, corporations and IDE vendors have a single, modern technology stack that can be used to build development environments for desktops and browsers. And they don’t need to make that decision upfront.

Flexibility for Today and Tomorrow

Theia gives the global community a next-generation IDE platform that’s ideal for meeting today’s needs and for developing future solutions. Because it’s open source, vendor-neutral, and follows the Eclipse Foundation governance model, you never have to worry about being tied to a particular vendor’s business objectives or roadmap.

The potential ways of leveraging Theia are as varied as the organizations that adopt it. Adopters can build commercial tools for resale as well as internal tools that meet specific engineering requirements.

We have a number of adopters who start by using Theia to build a desktop IDE, but don’t know when, or even whether, they’ll need a cloud IDE. But, they know they can make that move at any time without having to rewrite the source code. Another major corporation that’s adopted Theia has developed a desktop IDE and a cloud version, but are using the cloud IDE as a playground for experimenting. The long-term goal is to fully replace the Theia desktop IDE with the cloud version.

Many big-name companies already rely on Theia as the foundational building block for their IDEs.

Eclipse Theia is the first cloud IDE to support VS Code extensions and bring the same capabilities and features that local desktop IDEs offer into the cloud.

This is a significant step forward from first-generation cloud IDEs that struggled to provide state-of-the-art tools support. With these early, sandbox-like IDEs, each company had to develop its own extensions for the IDE — if extensions were supported at all. Developing these extensions requires a huge amount of time, programming effort, and money. And it was replicated across companies.

As an open source community, we can spread the extension development effort across many contributors and collectively benefit from the results.

Theia 1.0 will use the Eclipse Open VSX Registry as its default registry. The extensions available in this free marketplace for VS Code extensions can be used in VS Code as well as in Theia. For additional insight into the rationale behind the registry and its benefits, read the accompanying article in this month’s newsletter.

Get Started With Theia

We invite all users, adopters, and contributors to try Theia and to build extensions. Getting started is extremely easy. As with Gitpod, you can actually use Theia to develop Theia, which is really cool and super-convenient. You can find the Theia files in GitHub.

Finally, here’s a screenshot of the Theia user interface to show you what you can expect. 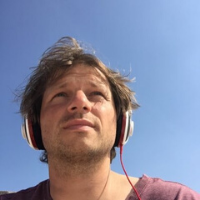