Supporting the Future of Reliable Infrastructure

Eclipse Corrosion is the Eclipse IDE-based development environment for the Rust programming language. The Rust programming language is gaining popularity, ranking as the “most loved” language on stackoverflow‘s developer survey three years in a row. The language is so interesting, it’s even finding its way into the projects of tech giants, such as Amazon, Google, Microsoft, and Facebook.

Rust is a relatively new contender in the realm of so-called “systems programming” languages.

The language allows fine-grained control of memory usage and layout, which makes it suitable for low-level tasks. The compiled programs usually have low memory overhead and fast execution times. These benefits allow Rust to compete with C and C++, the longstanding predominant languages in systems programming. There are also important differentiators that can make Rust a better choice for certain use cases, rather than the ubiquitous C and C++ languages.

These features eliminate a range of problems commonly associated with languages that use manual memory management. As a result, Rust is ideal for implementing critical infrastructure components and programs that need performance as well as a high standard of safety and security. However, the compiler is strict and allows fewer patterns of data flow and memory access than are allowed in C and C++.

The following simple code example (Figure 1) illustrates a case where the Rust compiler has identified a potential use-after-free error.

But, Rust has more to offer than plain language features. The toolchain is lauded for being easy to use and offering simple dependency management compared to C and C++. Rust offers a toolchain version manager, called Rustup, and a default build tool, called Cargo, that is installed with the compiler. Cargo also manages Rust projects dependencies. It can easily fetch dependencies (so-called crates) from the central package repository crates.io.

Concrete examples of projects that are a great fit for Rust include:

To become familiar with the Rust language, reading the free Rust Book is a great way to start.

Getting Started With Corrosion and Rust

To start writing Rust programs with Corrosion, the easiest approach is to download the Eclipse IDE for Rust Developers. If you use the Eclipse installer, you can install the package from there as well.

For more information about installing and using Corrosion, visit the Corrosion GitHub Page.

Corrosion supports most of the features one would expect from a modern IDE:

And there are more features to explore.

The secret to Corrosion is that this rich feature set is, at its core, not implemented in the Corrosion project itself. Many puzzle pieces make up the software that is shipped as Eclipse Corrosion.

Standing on the Shoulders of Giants

It is remarkable how compact the Corrosion plug-in actually is. This is accomplished by building on top of the great work in the Eclipse technologies Corrosion depends on, as well as a relatively new concept: The language server protocol (LSP) (Figure 3).

Figure 3: The Stack Corrosion Is Built on

The language server protocol provides an API between an IDE and a backend to ensure the language is understood by a frontend IDE or editor. For Rust, this server is the Rust Language Server (RLS) that can be installed using the Rustup tool.

The Rust toolchain does not currently come with a Debug Adapter Protocol (DAP) server. The DAP is a sister protocol to the LSP, allowing IDEs to start and debug applications. The lack of a DAP server means debugging support in Corrosion must be accomplished in a different way.

The development pace in Corrosion is steady as we eliminate minor issues in Rust development one by one. For example, the upcoming version will support a CodeLense for running single test cases directly from their definition (Figure 4). It will also come with diagnostics in the debug launch configuration to indicate any problems with the debugger configuration (Figure 5).

Figure 4: Starting a Test From Its Definition

Other improvements will be available in Corrosion through improvements to the underlying components, which are evolving as well.

When RLS v2.0 is completed, Corrosion will gain many great features, including more intelligent (postfix) code completions and much more. For a glimpse into the future of RLS, take a look at the rust-analyzer project.

Get Involved in Corrosion

We always welcome contributions to Corrosion and are keen to know how we can improve the project as well as which features are most important to our users. 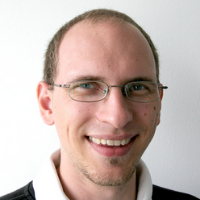