The Internet of Things (IoT) is all about connectivity and scalability. A lot of great technology exists on the cloud side of the IoT which enables fast prototyping, yet scales as the amount of data and number of devices increases. However, the things (embedded, connected sensor devices such as the Bosch Cross Domain Development Kit - XDK) in IoT remain elusive to a lot of developers.

There are many things to learn and consider when building IoT solutions. For example, embedded IoT devices require a very different technology stack compared to the cloud. Bare-metal devices powered by ARM Cortex-M class microcontrollers are most commonly programmed in C which is far less convenient, productive and easy to learn when compared to the programming languages we use in the cloud. Finally, different programming style and often complex APIs present a barrier to developers wanting to build embedded IoT solutions.

Existing technologies that aim at making embedded devices easier to program, e.g. Arduino, work well for prototyping. However, when trying to scale these prototypes towards real-world deployment, let alone to production levels, such platforms fall short. The level of control over timing, memory, and behavior that such existing technologies provide, often do not fit the requirements of commercial IoT deployments.

This way developers can inspect, learn, and build on Mita results, thus enabling trust, control and efficiency. Because it was built using Eclipse Xtext, Mita offers a great developer experience sporting auto-complete, syntax highlighting, and a lot of static validation.

With Mita we target resource-constraint devices, often powered by ARM Cortex-M class microcontrollers, limited in RAM, program size and energy available. To leverage the debugging tools, efficient compilers and existing platforms built for such devices, we transpile Mita to C code. Device vendors ship drivers and other libraries which we leverage in the generated C code. Mita is event-based, e.g. events triggered by sensors, connectivity, or time. This development style fits well to the IoT where devices spend most of their time in power-saving modes, wake up due to some event, process data, send it out, and go back to sleep.

At the core of Mita are platforms which describe the devices Mita generated C code can run on. Each platform (e.g. the XDK110 platform for the Bosch XDK) provides two key concerns:

Let's have a look at an example and use the Bosch XDK to build a shock detector connected using MQTT over WLAN:

Eclipse Mita is a new programming language for the embedded IoT. It aims to close the gap between cloud and embedded development, bringing both communities closer together. We support high-level features by combining a model-driven with an imperative language approach, transpiling to C. This affords control over our devices and scales from prototype to production.

The next items on the roadmap after the initial contribution are supporting more platforms, improving the type system and extending the event handling. 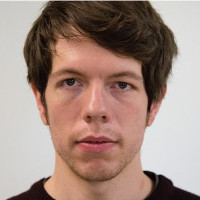