Bower and npm are considered to be the most popular JavaScript package managers. Bower focuses on pure front-end, whereas npm mainly deals with Node.js modules. The main advantages of using package managers are:

TIP: Even though npm is mainly used for managing Node.js modules, many developers prefer using it together tools such as Browserify for front-end development as a substitution of Bower. Also many use both: Bower for client-side packages / npm for server-side packages and JavaScript tools like Grunt / Gulp etc.

Eclipse Bower / npm tools use the system installation, hence the following software must be pre-installed:

TIP: Installation instructions for Node.js and npm can be found here. Bower is a command line utility which is installed via npm command npm install -g bower

Getting started with JavaScript package manager is pretty straightforward. In order to start working with Bower one need to select File → New... → Other... and choose "Bower Init" wizard which helps to create bower.json file depending on a set of preferences: 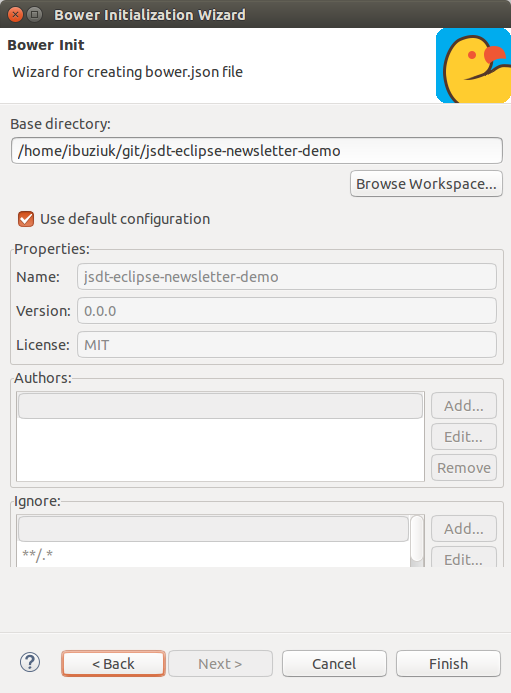 After pressing "Finish" button `bower.json` will be created under specified directory.

In order to add new dependencies user needs to specify them in bower.json via JSON editor. 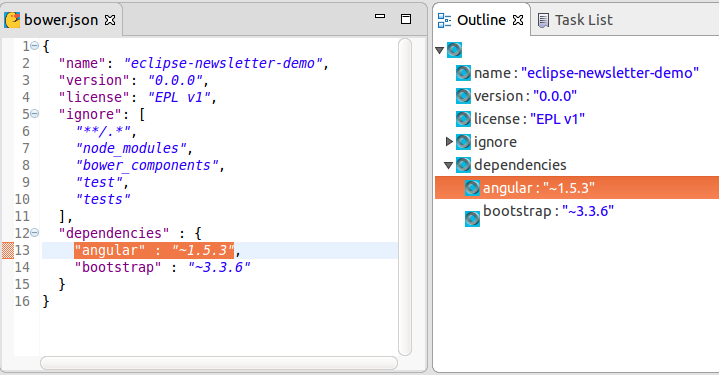 For installing specified dependencies just right-click on the bower.json → Run As... → Bower Install

After the command execution specified packages will be available under bower_components folder: 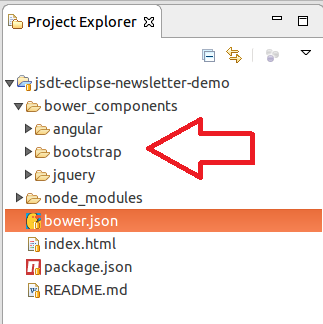 Basically, that is it - JavaScrtipt libraries / frameworks are ready for future front-end development.

TIP: npm support is implemented in a very similar way. There is a wizard for creating package.json (File → New... → Other... → npm Init) and npm Install / npm Update launch shortcuts for commands execution 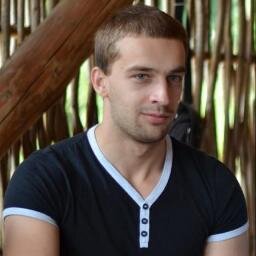