While we certainly wanted to provide newer features for users, a lot of our efforts went into fixing many different bugs and usability issues that came up since our initial Mars release, and that hadn't been addressed in any of the subsequent minor releases (Mars.1, and Mars.2). In total, we fixed 56 reported bugs for the 2.0.0 release (part of the 5.0.0 Linux Tools release). As a result the tooling has become more stable.

However there are a few noteworthy features that have made the simultaneous release with Eclipse Neon.

We've wanted to provide some kind of Dockerfile editor as part of our tooling for a while now, so it was great to receive such a contribution from Tobias Verbeke of Open Analytics.

The editor provides users with content assist and hover help for various Dockerfile commands along with some basic syntax highlighting. 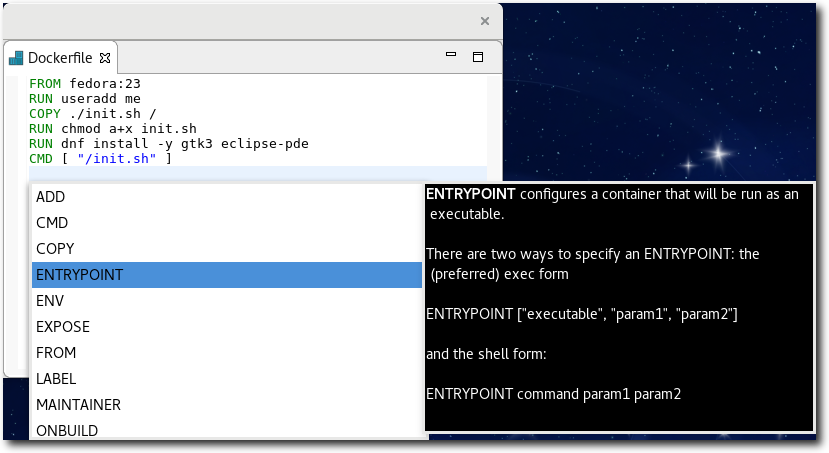 Executing Shell in a Container

Often, containers are started with some process running in the foreground making it impossible to get a shell environment into a container. By using the docker-exec endpoint of the remote API, and launching we're able to get a shell into pretty much any running container. 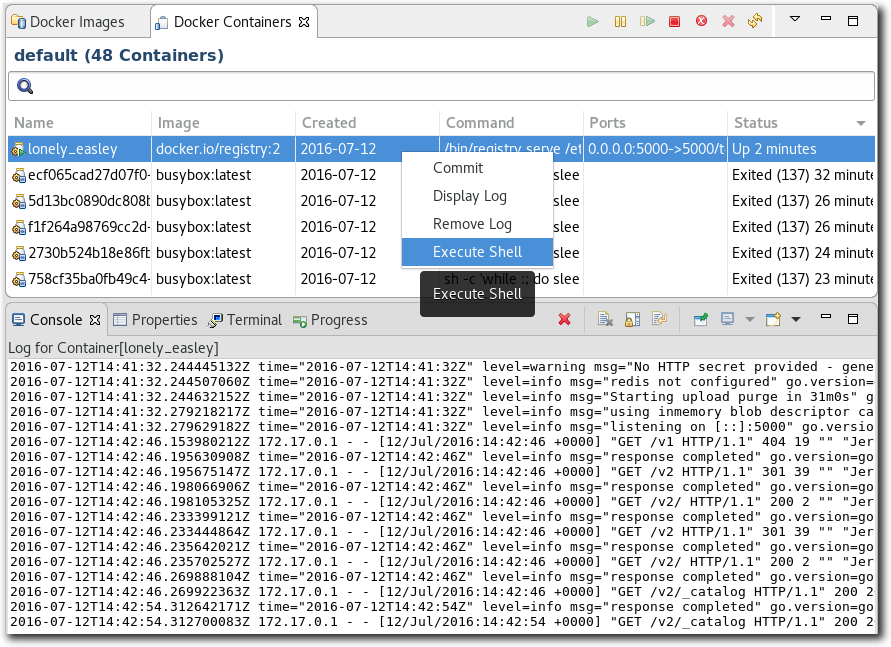 This is provided through a Target Management (TM) Terminal which provides a better experience than the standard Eclipse Console.

While users will often create Docker daemon connections that are active, these connection can be taken down, or go offline for various reasons. Such a state should be reflected to the users, with the option to remedy the situation if possible.

We now make the connection icons for disabled connections appear grey in the Docker Explorer View, with no underlying images/containers being shown from any view (Containers, Images, Explorer views). Users can try enabling the selected connection by clicking the enable connection button from the Explorer View's toolbar.

In additon to this, connections may now be edited in the event that certain information has changed (eg. IP address has changed). This is done by right clicking on a selected connection in the Explorer View and clicking the "Edit..." option. 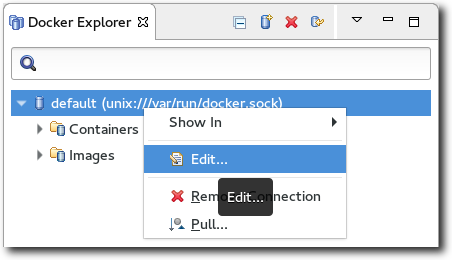 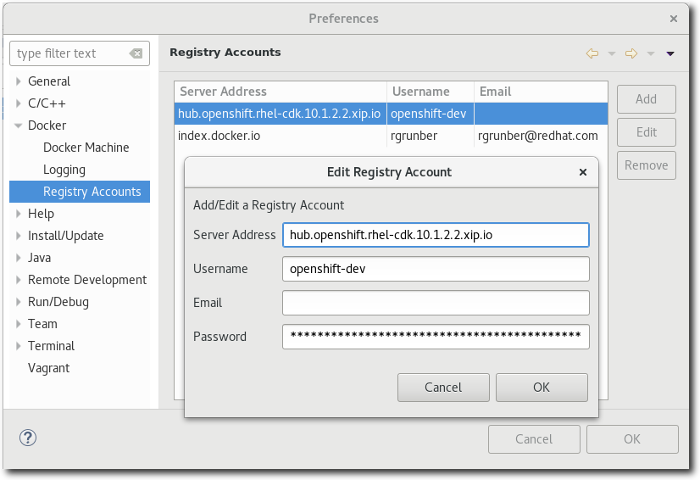 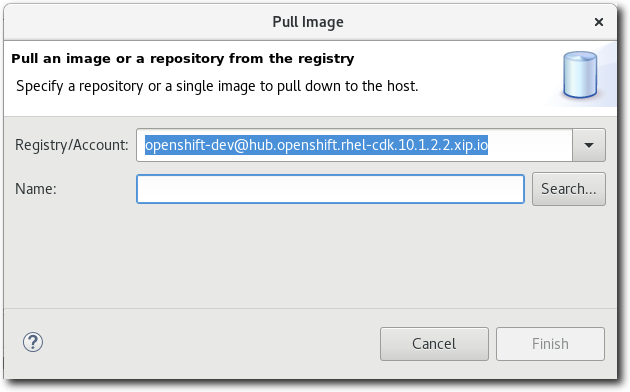 For push operations, users need not qualify the tag they wish to push with the location of the registry, as this is done automatically. 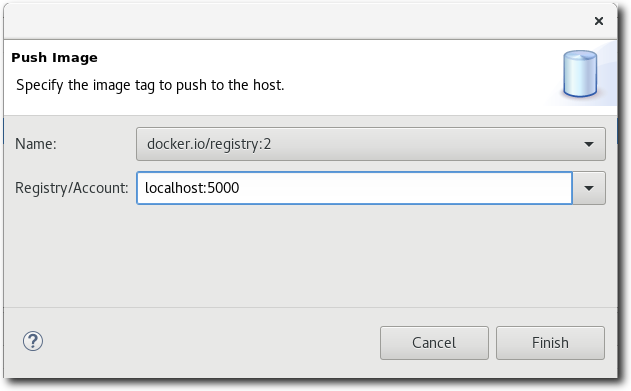 These are just some of the new features available in Neon. We've received a lot of feedback and we're hoping to use it to improve some of our newer features as well as in deciding what we need to be working on next. If you find yourself using Docker images/containers, we would recommend you try out this plugin as it's sure to simplify various use cases. For more detailed information on features, be sure to have a look at our Eclipse Docker Tooling User Guide. 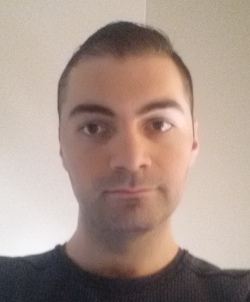