It should come as no surprise to any developer who regularly reads articles on the web that many organisations are looking to migrate away from (or augment) their current monolithic Java application application. Rightly or wrongly, the microservice architecture has become the defacto best style for implementing web-based applications. However, with the “great power” provided by microservices comes great responsibilities and challenges.

Indeed, much has been written on the challenges associated with implementing microservice-based architecture, modelling the data, and the operational (and organisational) aspects. However, not much has been written about the challenges of testing with this new architectural style, with the exception of Toby Clemson’s excellent article “Testing Strategies in a Microservices Architecture”. This article aims to add to the discussion around testing Java-based microservices.

As part of my work with SpectoLabs and OpenCredo we have helped several organisations build and deploy microservice-based applications, both for greenfield prototypes and brownfield integrations and migrations. We’ve learned lots along the way, and today we are keen to share our findings in how to design, build and test microservice-based systems:

If you have enjoyed reading this article, then a more comprehensive version can be found at specto.io: “A Proposed Recipe for Designing, Building and Testing Microservices”. You can also find me speaking at Devoxx US in March, focusing on microservice antipatterns, “The Seven (More) Deadly Sins of Microservices”. 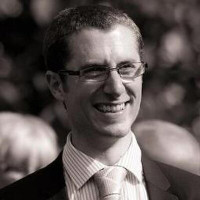