Eclipse SUMO (Simulation of Urban MObility) is a microscopic, inter- and multi-modal, space-continuous and time-discrete traffic flow simulation platform. The implementation of SUMO started in 2001, with a first open source release in 2002. There were two reasons for making the work available as open source under the GNU General Public License (GPL), and soon also under Eclipse Public License (EPL). The first was the wish to support the traffic simulation community with a free tool into which own algorithms can be implemented. Many other open source traffic simulations were available, but being implemented within a student thesis, they got unsupported afterwards. A major drawback – besides reinvention of the wheel – is the almost non-existing comparability of the implemented models or algorithms, and a common simulation platform is assumed to be of benefit here. The second reason for making the simulation open source was the wish to gain support from other institutions.

Included with SUMO is a plethora of supporting tools that handle tasks such as route finding, visualization, network import and emission calculation. SUMO can be enhanced with custom models and provides various APIs to remotely control the simulation.

Some key features of SUMO are:

SUMO provides a variety of tools to setup and run transport simulations:

Although the setup of a realistic city-scale transport simulation scenario requires expert knowledge and incorporates many different data sources, there are several ways to get a basic transport simulation scenario with a few simple steps. The most straightforward way is the usage of the OSM Web Wizard, which is part of the SUMO package. With the OSM Web Wizard the user can setup a simple scenario as easy as selecting the desired area on OpenStreetMap in a web browser. Besides selecting the desired area, the OSM Web Wizard also provides some options to define the traffic demand (e.g. modes of transport). From this selection, the OSM Web Wizard generates a complete SUMO simulation scenario, which will be run and displayed in the graphical user interface. Obviously, the so generated scenario is only a coarse reproduction of the real world, but it will give the interested user a first impression of what SUMO is capable of. 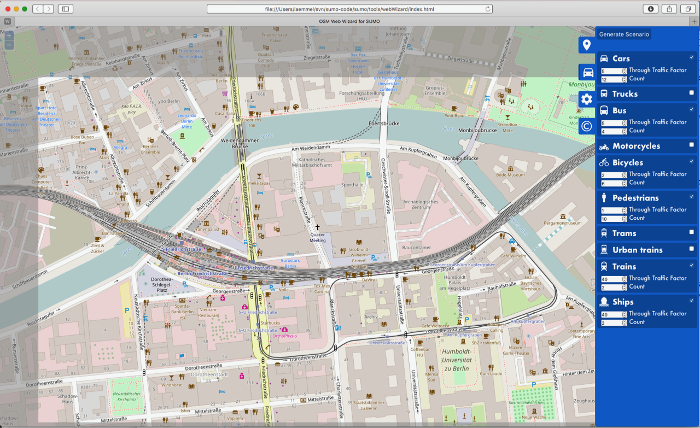 Over the years, SUMO has been applied in many different contexts. Some examples are: 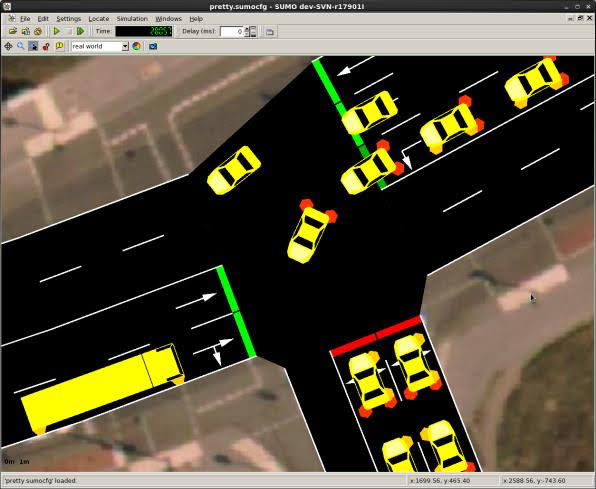 SUMO GUISIM in action, showing vehicles meeting at an intersection

Through the variety of available models, tools, interfaces and through its open approach SUMO has become one of the leading frameworks for microscopic traffic modeling.

If you want to learn more about SUMO, please visit the wiki page. Support for Eclipse SUMO is currently provided in a very active mailing list. 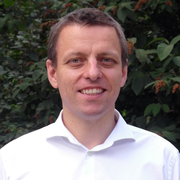