Robert Hilbrich provides an overview of the Eclipse Simulation of Urban Mobility (SUMO) project, the different ways it can be used, and its relationship to the openMobility Working Group.

Q. What should people know about the Eclipse SUMO project?

A. They should know that this is a production-ready software toolset that allows them to quickly and easily create a digital twin of a city or an urban area so they can simulate real-world traffic — whether that’s motorized vehicle traffic, rail traffic, bicycle traffic, pedestrian traffic, or even ship traffic. These simulations can be used to identify traffic patterns, test traffic management ideas and algorithms, and determine how traffic flows can be improved.

Q. Where did the Eclipse SUMO project originate?

A. The project started at the German Aerospace Center in Berlin, where I work and where we do considerable research into transportation systems and transportation engineering.

Almost 20 years ago, we started working towards building a digital twin for a city, but computers were still quite slow then. Today, computers can build really powerful digital models of cities and we see a lot of happy customers that are using the SUMO tool suite.

Q. Can you describe some of the ways people are using Eclipse SUMO?

A. The SUMO tool suite is being used in many different ways, but here are just three examples to give you an idea:

On these types of projects, we typically see collaboration between municipalities, traffic light developers, and autonomous vehicle manufacturers.

Q. The SUMO tool suite sounds very sophisticated. Is it difficult to get started using it?

A. Not at all. The project SUMO tool suite comes with a web wizard that lets you create a digital twin of your city in just seven clicks. All you need to get started is data that describes the road network in the city. This data is available for free through the OpenStreetMap project, but can also be obtained from other external data sources. The software uses the road network data to create a SUMO simulation that looks like your city in about 20 seconds.

Q. Why is it important that Eclipse SUMO is open source?

A. It is very important because it helps us reach a broad audience of researchers and industries that can add cutting-edge research and new algorithms to our software so the traffic simulations will perform even better in the future than they do today.

Also, the industry wants to avoid vendor lock-in so having a software platform that’s not linked to a particular vendor, is of very high quality, and very rich in functionality has been the cornerstone of the success for the SUMO in the past.

Q. What is the relationship between Eclipse SUMO and the openMobility Working Group hosted by the Eclipse Foundation?

A. We had reached the point where there was a lot of industry interest in Eclipse SUMO. A number of players were using SUMO to build projects and others were integrating SUMO into their commercial offerings. As a result, we were getting a lot of questions about how SUMO can be used to build business, whether it would still exist in five years, and what the roadmap looks like.

We created the openMobility Working Group so we would have a roundtable where we can bring together key customers and key users with a vested interest in the future of SUMO in a consortium that can steer and influence its direction.

So, the Eclipse SUMO project is where all the coding happens. And, everything that is not code related — strategy, marketing, roadmaps, information dissemination — is coordinated and steered by the openMobility Working Group.

Today, the openMobility Working Group consists of research partners and industry partners, including Bosch and AVL, which is a big player in the car simulator world. The Working Group is currently focused on the Eclipse SUMO project, but in the near future, we are expecting to add the Eclipse MOSAIC project to our portfolio. MOSAIC will provide a framework for building a “bridge” between SUMO and other simulators. SUMO is rarely used on its own, so it’s very important that it can be easily coupled with other simulators to precisely model autonomous vehicles or add 5G communications in the digital model.

Q. How do you see SUMO advancing in the short term and the longer term?

A. We are working on a number of areas right now.

And, we are working on fleet management. If you think about all of the new forms of public transportation, such as Uber and Lyft, and the demand-response mechanisms behind them, you can see that SUMO is the perfect tool suite to assist in optimizing the way these vehicles drive, where they pick up passengers, and the routes they take.

Q. How can people get involved and learn more?

A. I would like to invite everyone who is interested in the future of SUMO to join the openMobility Working Group to ensure the features they need are delivered with the right priority.

We also host a SUMO User Conference every year in Berlin. The next conference is in May 2020, and people can learn more about it here. 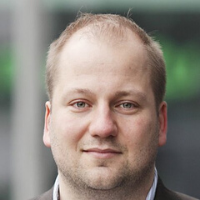