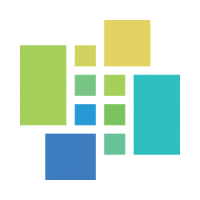 LocationTech GeoTrellis is a library based on the Apache Spark project that enables low latency, distributed processing of geospatial data, particularly for imagery and other raster data.

GeoTrellis has made significant progress in the past year. There are three accomplishments that stand in the forefront: (1) graduating from incubation with 1.0 release through LocationTech in December 2016, (2) the development of the feature-rich Python binding project called GeoPySpark, and (3) the support of Raster Foundry, a web application for processing imagery at scale with an emphasis on user friendly UI/UX. Azavea is pleased to share more about these endeavors and several additional achievements of the past year.

The core competency of GeoTrellis is raster data processing using the techniques of map algebra. In addition to raster support, the library includes some support for working with vector and point cloud data.

GeoTrellis is released under an Apache 2.0 license. It joined the LocationTech working group as an incubating project in 2013, and the 1.0 release was a significant milestone. In addition to being an indicator of the project’s maturity and reliability, the 1.0 release signified the promotion to a top level LocationTech project and graduation from incubation. In addition to the usual incubation tasks concerning intellectual property review and project governance, our key objective for the GeoTrellis contributors was to expand the community of contributors beyond the original core developers at Azavea, and we believe this is one of our most significant accomplishments over the past few years. In addition to higher level project goals, the 1.0 release brought many additional features, including:

Following the 1.0 release, GeoTrellis 1.1 was released in June 2017 and 1.2 is scheduled to be released in November 2017. We are following the SemVer versioning semantics guidelines and aim to have three released per year.

The 1.1 release introduced feature support for Spark-enabled cost distance calculations, expanded the non-Spark feature support through the implementation of a new Collections API, and support for conforming delaunay triangulation in order to ingest LiDAR point clouds. A point cloud is a set of data points with X,Y,Z coordinates and can be useful for terrain and volumetric analysis. This work was the result of a successful relationship through a private contract that was used to support open source work. This led to the GeoTrellis point cloud subproject and the development of an interactive demo. 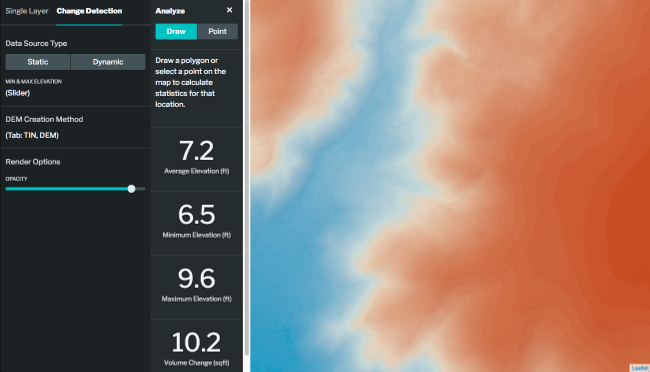 Screenshot of the demo showing analysis of volumetric change calculations

GeoTrellis is written in Scala. Scala provides many performance benefits and enables GeoTrellis to fully leverage the power of the Spark and Hadoop ecosystem. However, Python is a more commonly used language for many developers working with geospatial data. We created Python bindings for GeoTrellis to increase the project’s accessibility and released the project as GeoPySpark in September 2017.

Much of the functionality of GeoPySpark is handled by another library, PySpark. Py4J is a tool that Spark (and in turn GeoPySpark) utilizes to enable Scala object and classes and their methods to be accessed in Python.

In addition to expanding the user base through Python support, GeoPySpark was designed to facilitate iterative workflows in a Jupyter Notebook. GeoPySpark can be installed using ‘pip’ or accessed through a Docker container that includes all of the necessary dependencies. Users can develop workflows and iterate on algorithmic design on a single machine in a Jupyter Notebook environment and easily scale the workflow to a national or global dataset by leveraging cluster computing. Azavea worked with the team at Kitware that created GeoNotebook - a tool that provides an embedded map inside of a Jupyter Notebook - to develop interactive workflows. 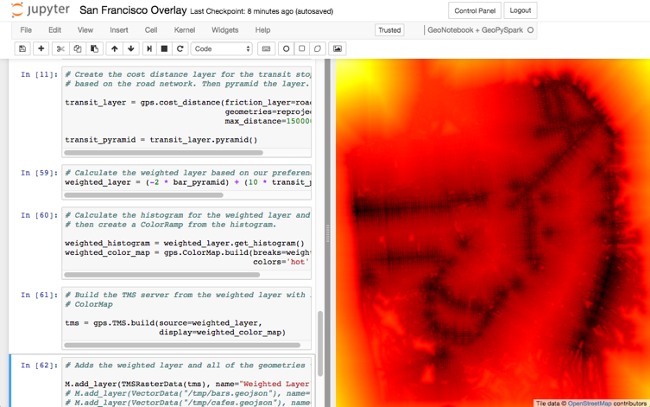 In addition to developing new libraries and tools that can use GeoTrellis, a new end-user application, Raster Foundry, is under development for earth observation analysis. The goal for Raster Foundry is to enable users to find, combine, and analyze earth imagery at any scale and share it on the web as well as leverage deep learning for object detection.

The development Raster Foundry is partially supported by two federal research grants from the US Department of Energy (DE-SC0013134) and NASA (NNX16CS04C). 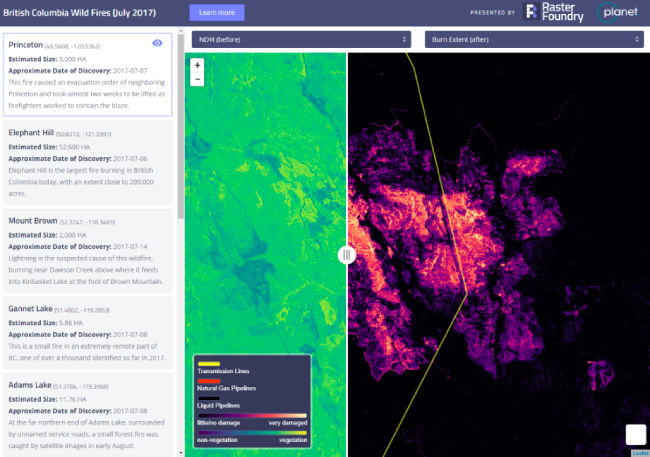 In addition to documentation, we are focused on the creation of example workbooks and tutorials to demonstrate core concepts. This work has begun with GeoPySpark and the tutorials can be found on GeoDocker.

We are also excited to share the work of MarineTraffic that is using GeoTrellis for their shipping density calculations.

We are currently in the process of focusing efforts on 1.3 and the 2.0 release that we anticipate for the first half of 2018. We believe that GeoTrellis contains much of the core functionality we envisioned for the project. This does not mean it is done or feature complete, and much work remains to make GeoTrellis more usable and accessible. GeoPySpark is a good start for reaching Python developers, but we still need to continue improving the documentation, tutorials, and demonstrations for both core GeoTrellis and GeoPySpark. There are also several features and optimizations that are on the roadmap for the coming year: 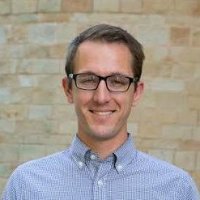