Cloudy with a chance of tanks

While it’s easier than ever to define and train deep neural networks (DNNs), understanding the learning process remains somewhat opaque. Monitoring the loss or classification error during training won’t always prevent your model from learning the wrong thing or learning a proxy for your intended classification task. To understand what we mean, consider this (possibly apocryphal) story [1]:

Definitely a real image of a modern tank from the training set. Source: Wikipedia

Regardless of the veracity of this tale, the point is familiar to machine learning researchers: training metrics don’t always tell the whole story. And the stakes are higher than ever before: for rising applications of deep learning like autonomous vehicles, these kinds of training errors can be deadly [2].

Eclipse Picasso is a free open-source (Eclipse Public License (EPL)) DNN visualization tool that gives you partial occlusion and saliency maps with minimal fuss. At Merantix, we work with a variety of neural network architectures; we developed Picasso to make it easy to see standard visualizations across our models in our various verticals: including applications in automotive, such as understanding when road segmentation or object detection fail; advertisement, such as understanding why certain creatives receive higher click-through rates; and medical imaging, such as analyzing what regions in a CT or X-ray image contain irregularities.

Picasso is a Flask application that glues together a deep-learning framework with a set of default and user-defined visualizations. You can use the built-in visualizations and easily add your own. Picasso was developed to work with checkpointed Keras and Tensorflow neural networks. If you want to try it out but don’t have any trained models, we provide Tensorflow and Keras MNIST checkpoints and a Keras VGG16 checkpoint for you.

An overview of the application flow with the default settings. The user has loaded a Keras model trained on the MNIST dataset, and generates a partial occlusion visualization on a couple handwritten digit images. See below for an in-depth explanation of occlusion maps.

At Merantix, we are particularly interested in convolutional neural networks (CNNs) that take images as inputs and do classification. We developed Picasso with these parameters in mind. However, the framework is flexible enough to use on all kinds of models. While the included visualizations should be fairly robust across different NNs, you can still implement model-specific visualizations if you want to.

We provide a few standard visualizations out of the box:

And we have a couple more in the works! For a more in-depth exposition, see our paper on arXiv.

Let’s attack the tank problem with Picasso’s two builtin visualizations: partial occlusion and saliency maps. In these examples, we’ll used a pre-trained VGG16 model for classification. We already know this model is pretty good at classifying tanks: can we use these visualizations to check that model is actually classifying based on the tank and not, say, the sky?

We can see how this visualization may have helped the Army: it’s clear that when the “tanky” parts are missing (for instance, the tank treads), the model can’t successfully classify it. Interestingly, when you block some of the tread, there’s a higher probability of classifying the image as a half-track. This intuitively makes sense, because a half-track has regular wheels in the front.

The model is quite sure this is a half-track — unless you block out the wheels! It’s also quite sure it’s not a tank; that is, unless you occlude the wheels. Image source: Wikipedia

In addition to partial occlusions, we also provide saliency maps out-of-the-box. Saliency maps look at the derivative of the input image (via backpropagation) with respect to classification. A high value at a given pixel means changing this pixel should more dramatically affect the classification. 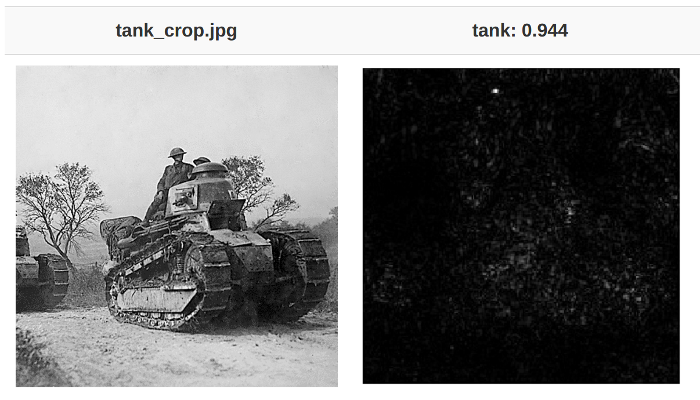 Saliency map for the tank. Brighter pixels indicate higher values for the derivative of “tank” with respect to that input pixel for this image. The brightest pixels appear to be in the tank region of the image, which is a good sign. Notice that with a few exceptions, the non-tank areas are largely dark — meaning changing these pixels should not make the image more or less “tanky.”

We wanted it to be particularly easy to integrate new visualizations. All you need to do is drop your visualization code in the visualizations folder and cook up an HTML template to display it.

See the tutorial on the ClassProbabilites visualization for an example on how to build very simple visualization. 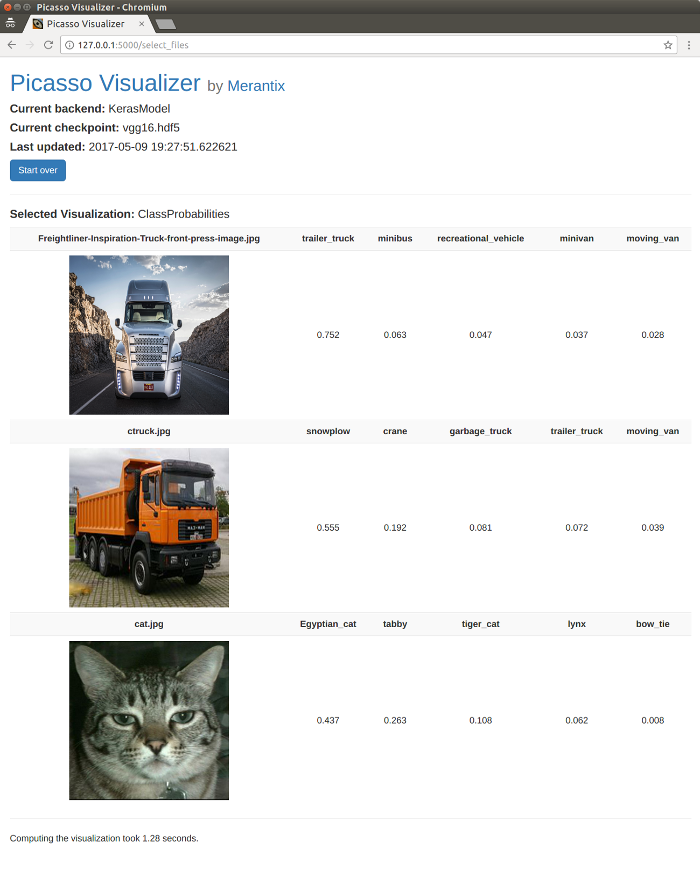 Giving the relative classification probabilities is about the simplest visualization you can make.

Using your own Models

Naturally, you’ll want to use the included visualizations with your own trained neural networks. We’ve tried to make this as simple as possible, but at the minimum you’ll need to define three methods:

How to construct these functions is detailed in this tutorial. These functions can be specified separately from the source code for the app. 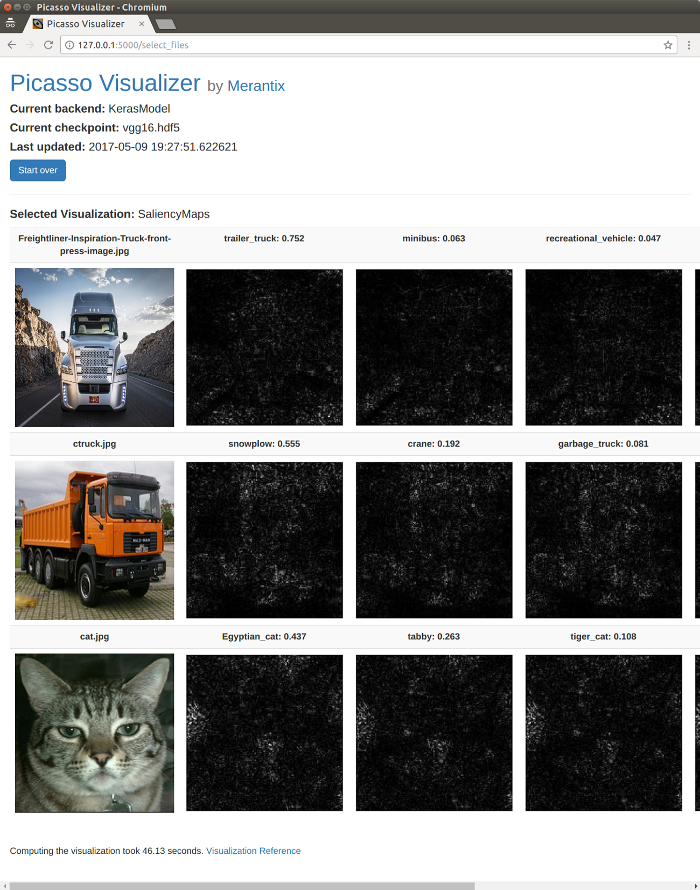 The results for a saliency map visualization. The app is using the Keras framework with a VGG16 model. This example comes prepackaged with the code. Since saliency maps depend on the derivative of the input layers with respect to an intermediate layer, you must tell the visualization how to reshape the output tensor back into an image with `decode_prob`.

We’re very open to suggestions about how better to structure our application. And if you’d like to contribute a visualization or anything else, even better! Head over to our GitHub repository for more. We’re releasing Picasso under the EPL because we intend for it to become part of the Eclipse Foundation. 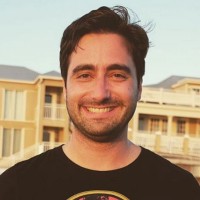