Do you know where the border between Russia and Ukraine is? As we all know, folks on different sides of that border may have very different ideas about it. What if it was your job to maintain an “authoritative” set of international boundaries? You would probably have many “versions” of the border, depending on who your audience was, or what historical period you were expected to illustrate.

Or, if you work for a utilities company, you probably have multiple versions of your assets. The current built state, sure, but also various future possible states: What if your leadership chooses a different capital plan? What if a new right of way is developed next year, or five years from now?

Or, if you are an emergency manager (or a company commander) and your field staff are returning data to you on the state of operations in real time, you’ll have a collection of multiple views of reality. Sometimes they’ll be consistent, sometimes they won’t.

All these problems share a common information management challenge: they are about maintaining simultaneous, separate versions of present (or future) versions, being able to independently update those versions, while retaining the capability to merge them together into a unified version at any point.

Software developers have long had extremely versatile tools, such as Git, for managing their software, retaining a detailed log of all changes made, and who made them through time on multiple versions. We looked at these tools, which allow different authors to maintain their own versions of the software, while collaborating and merging changes between their versions, and asked ourselves: Why don’t we have this capability for spatial data management?

The answer was, because of the size and complexity of spatial data, solving the problem is quite difficult. So we took the time to create GeoGig, which takes the core computer science concepts used in distributed version control and applies them to managing versioned spatial data. 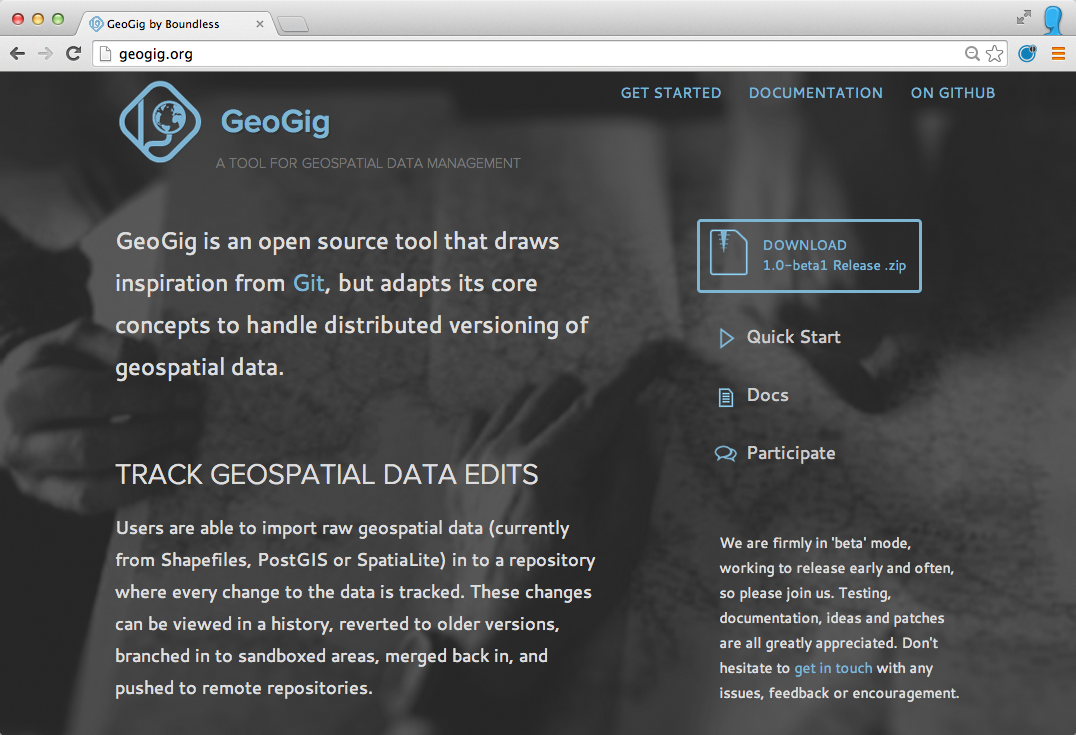 With GeoGig, developers can create and edit data with colleagues, the crowd, or anyone using a variety of workflows. Scenarios can be as simple as a pair of friends editing a shared online copy of data, or as complex as a company with multiple independent disconnected versions being synchronized on an as-available basis.

Because GeoGig tracks every edit, addition and deletion, data provenance is maintained at the finest possible granularity. Developers can track and visualize every change that is made to data for quality control, and each change is saved and previous versions can be restored at any time.

To further leverage the abilities of GeoGig, Boundless recently announced a new solution — called Versio — for organizations to manage their spatial data. Versio is hosted service built on GeoGig that provides easier toolks for data authors to collaborate on spatial data while streamlining the creation, maintenance, and distribution of spatial data. No other solution has these capabilities. 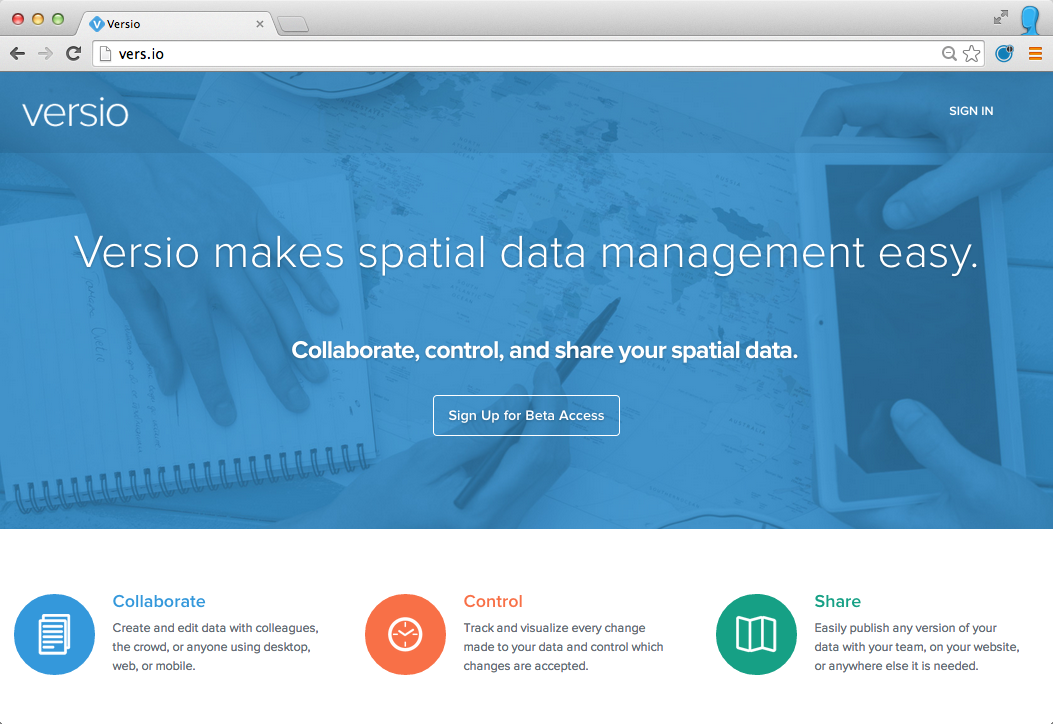 Collaboratively organizing and publishing spatial data used to be a daunting task, but now, if executed in the right way, it can be the most effective way to accomplish business processes. And with a never-ending flow of ubiquitous location data, companies now have a system to effectively harness spatial data and give meaningful structure to the avalanche.

Based on article previously published on GIS Lounge: Versio: Moving the Spatial IT Industry Forward