Eclipse for Docker has arrived on Mars

Eclipse Mars has arrived, and with it comes a brand new Docker tooling for it.

We wanted to have a way to easily start/stop and deploy Docker containers directly from Eclipse.

We wanted something that would run on all three major platforms: Windows, Linux and OS X.

We wanted something that would work together with existing Docker command line tools, but also utilized provide better overview and easier/faster access to common operations, from a visual perspective.

We wanted it to be released with Eclipse Mars.

This article runs through how to get it installed, the main features and what the future plans are.

With Eclipse Mars released, you can get it from the Eclipse Mars updatesite, the feature is named Docker Tooling .

If you want to try the latest greatest builds you can use Linux Tools project nightly builds update site at http://download.eclipse.org/linuxtools/updates-docker-nightly/

To use the plugins, it is assumed that Docker is already installed. You can see Docker's Installation guide on how to do this on various platforms.

Once you have installed the Docker tooling, you will get access to three new views:

The easiest way to get to see these are by opening the Docker Tooling perspective. 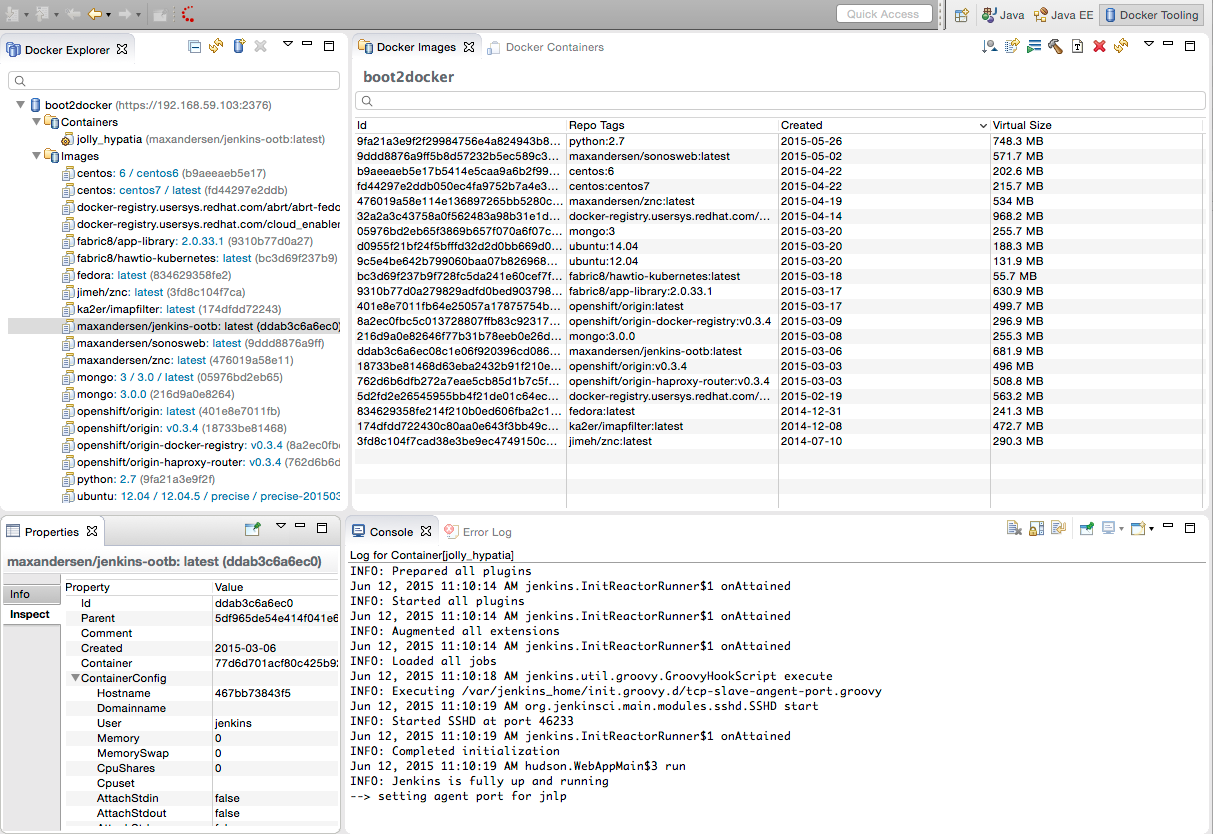 In the screen above, the Docker tooling are connected to a locally running Docker deamon named boot2docker .

To configure this you click the Add Connection... button in the Docker Explorer view.

This will start a wizard that will try to detect your default Docker connection setup, dependent on your operating system. 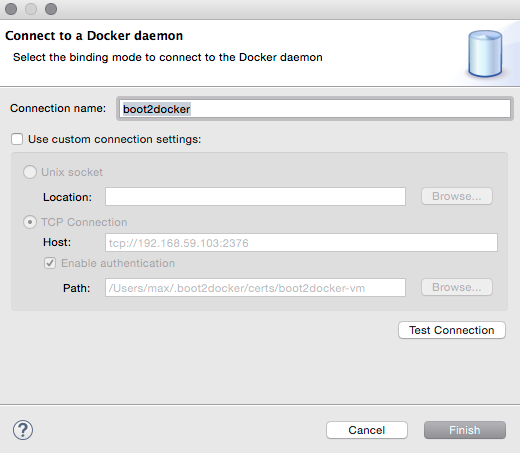 In Linux it will use standard unix sockets and if on Windows or OSX, it will look for the following environment variables: DOCKER_HOST , DOCKER_TLS_VERIFY and DOCKER_CERT_PATH .

If neither of these are detectable, you can click Use custom connection settings and provide the connection info.

When you have the connection working you can get started using Docker images.

To pull an image, you use the Pull Image in the Docker Image view. 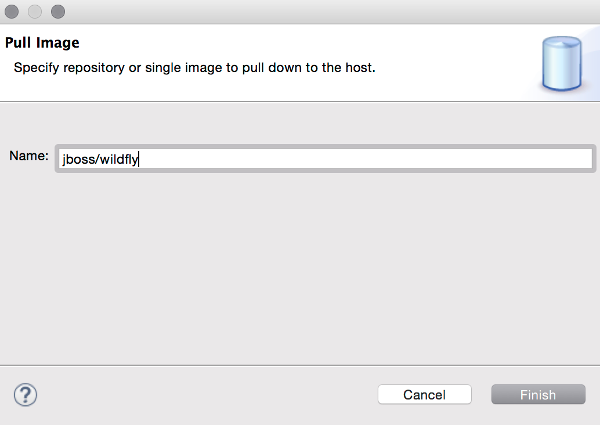 Here, I'm simply pulling the jboss/wildfly image, a image amongst many available at http://hub.docker.com.

To run the image, the easiest way is to right-click on the image in the Docker Explorer. 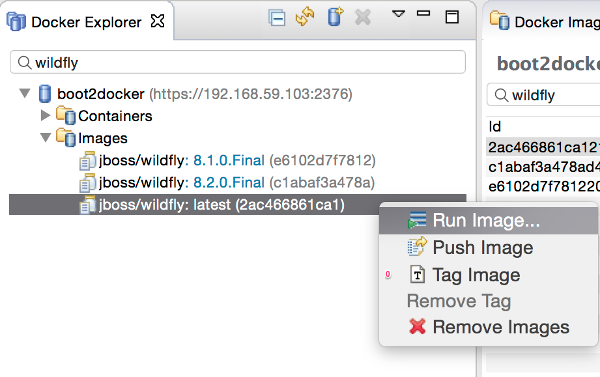 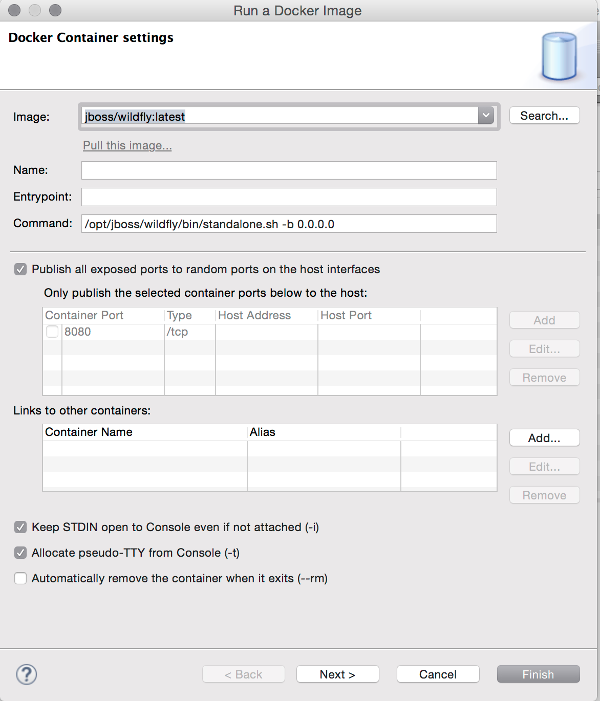 From within this dialog you can also search in Docker Hub for other images by clicking Search... . 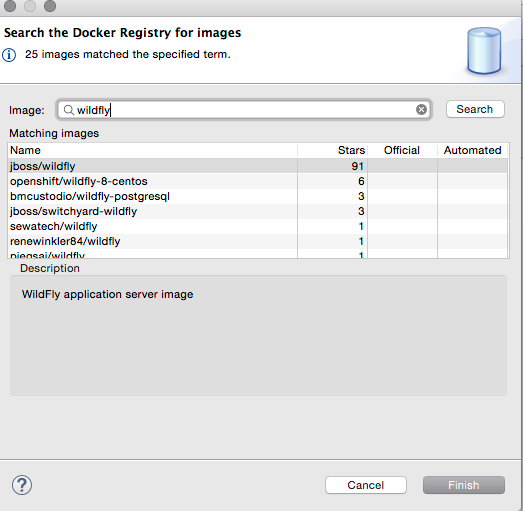 In this example, I'm only going to focus on running using the defaults, but in the Run Image wizard you can also configure ports, links, volumes, environment variables etc.

By default, we enable interactive and tty mode to allow you to interact with the docker container in the console (i.e. if the image asks for input).

When you click Finish , the container will start and show output in a Console and the Docker Containers view will show which ports are used.

To show this I just need to goto http://dockerhost:32768 to access it. dockerhost is the IP of the docker daemon. 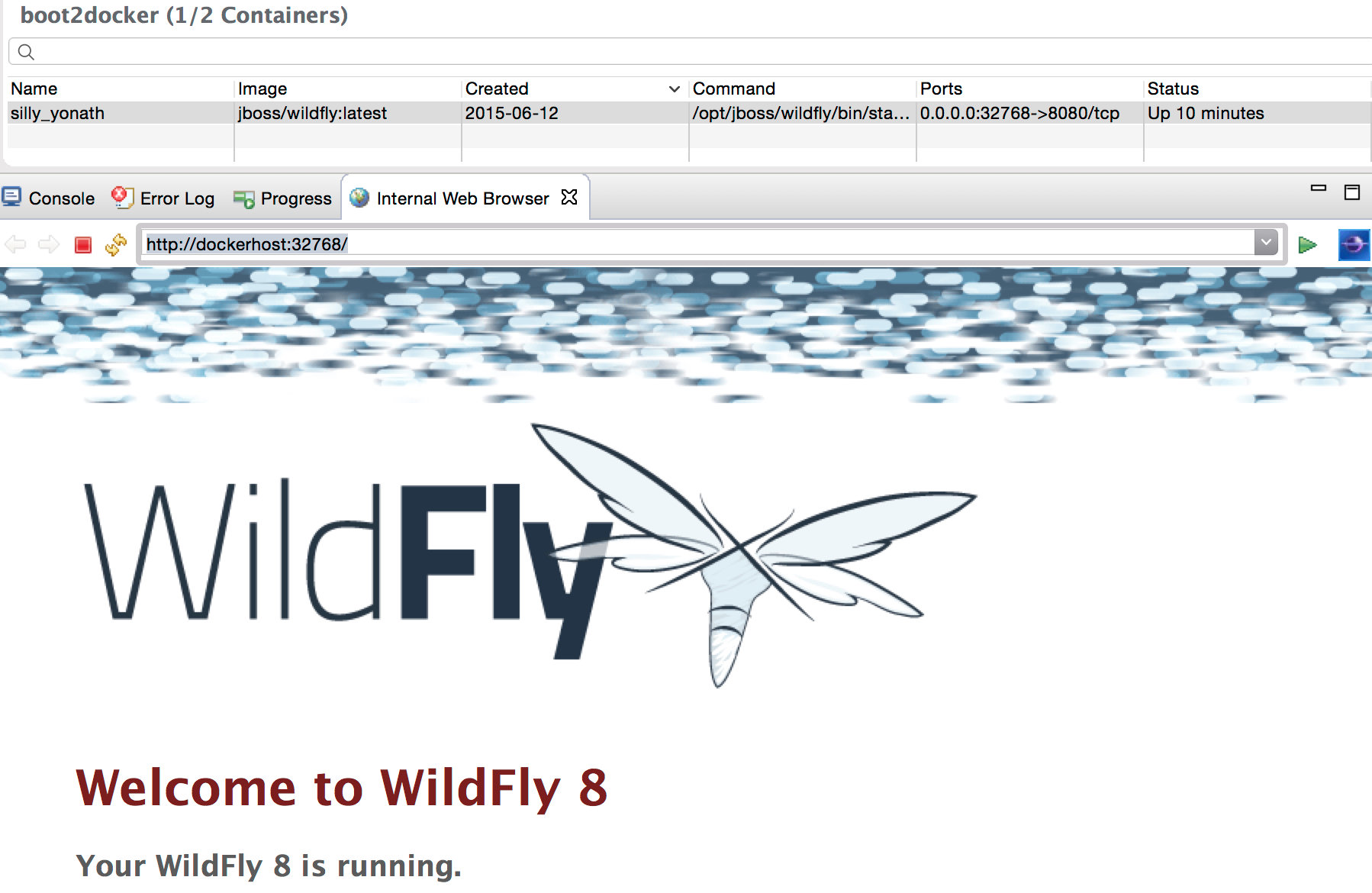 If you have a Dockerfile you can build it via the hammer icon on the Image view. This will start the Build wizard. 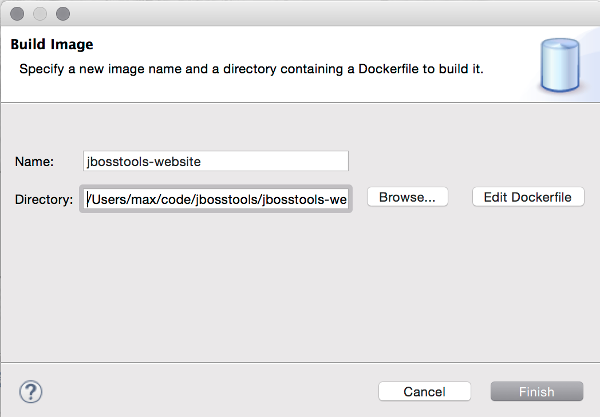 Once built, the image will show up and be possible to use for running .

You can view properties for all the various parts: connection, image and container, including getting a tree view of what docker inspect would show. 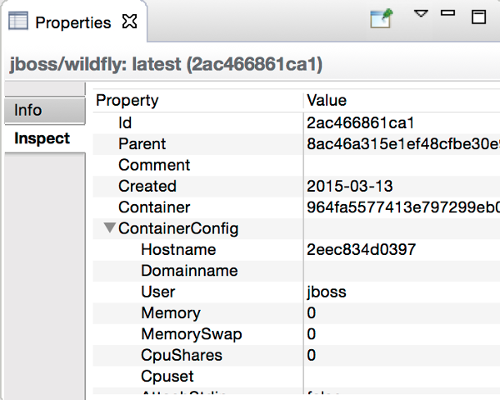 For Eclipse Mars we added all of the above base features and you can use it in your day-to-day work with Docker.

For Eclipse Mars SR1, we will work on getting some of the rough edges fixed, like 'Run' and 'Build' should be available in the context menu and not only in the views menu.

Work also started in Eclipse CDT to support using Docker images to build binaries for an OS other than the one you are running on. The vision for this would allow running on Windows or Mac, but target native deployment on multiple various Linux architectures.

Furthermore in JBoss Tools we are working on better integrating Docker with Eclipse server adapters, to ease deployment of your web applications to a Docker container. You can see how server deployment works with the current Docker tooling by leveraging docker volumes and remote deployment support.

I want to give a big thank you to Jeff Johnston, Roland Grunberg and Xavier Coulon for making the Docker Tooling happen so far. Now that we have the project in Linux Tools and part of Mars we are looking forward to bug reports and contributions from the Eclipse community.

If you have suggestions or find bugs, please open these in the Linux Tools project under Docker.