Eclipse ioFog Project Lead, Kilton Hopkins, explains why the Eclipse Foundation is focusing on edge computing, the relationship between edge and IoT, and the motivations behind creating the Edge Working Group, and the difficult challenges that working group would tackle.

Q. Why is now the right time for the Eclipse Foundation to create an Edge Working Group?

Several IoT projects at the Eclipse Foundation were already starting to consider edge computing, so it was natural to move these projects out from under the IoT umbrella to a new edge umbrella. By creating a dedicated, standalone Edge Working Group, these projects will be able to receive the focused support the market opportunity warrants, both within the field of IoT as well as other domains.

Q. Why was it important for the Eclipse Foundation to separate the Edge Working Group from its open source IoT initiatives?

A. The Eclipse Foundation is doing the same thing for edge computing as it did for IoT. We’re drawing a circle around edge computing to acknowledge that it has a certain set of requirements, challenges, and industry-wide concerns that are different from those found in all other sectors. We’re saying that edge computing is not only on the rise, it’s here to stay. There’s enough going on in the industry that it’s time to address the particular challenges associated with edge computing in a very focused way.

Q. Beyond IoT, what are some of the applications for edge computing?

A. Artificial intelligence is a big one. Imagine an AI application that analyzes images from thousands of security cameras installed around an airport. The cost to constantly stream terabytes of data to a cloud datacenter for processing and analysis would blow a monthly data budget in a day. The only solution is to move the AI application — and all of the associated compute capabilities — to the airport so the data only has to flow over the wires and Wi-Fi already installed at the airport to be analyzed.

Autonomous vehicles are another very important application for edge computing. In this case, the latency that occurs when data is sent from the vehicle to the cloud and back again creates huge safety issues. The average latency using the cloud is about 250 milliseconds. But, vehicle safety relies on sub-one-millisecond latency. The only way to respond 250 times faster is to move the compute power and software inside the vehicle.

Q. What are some of the key projects the Edge Working Group will encompass?

A. The two flagship projects are Eclipse ioFog and Eclipse fog05. These projects were previously growing under Eclipse IoT and there’s already a community around them. So, this is not a working group that’s saying, well, let’s take a look at edge computing and see what we come up with. The Edge Working Group is starting with established projects that are already deployed in the field.

This is an extremely important point because the Edge Working Group is building on traction that’s already happening in the industry. This is not a theoretical place where people postulate on the future. Rather, it’s the home of fully functional code that is forming the foundation for edge computing standards for infrastructure. Plus, the working group will leverage a proven governance model that fosters open innovation at scale.

Q. What are the overarching goals of the Edge Working Group?

A. Our goal is to bring edgeops — devops for the edge — to the world so developers can write software and get it out to the edge so it can run where it needs to, whether that’s on an MRI machine in a hospital, in a vehicle that’s doing some lightweight autonomous driving, or on cameras that are sensing animal movements in an automated agriculture application. We also want to ensure developers can mass-deploy their edge computing technology, for example to an entire fleet of vehicles, once the technology is ready for production.

We’re focused on understanding and resolving the challenges that make the edge so hard and so different from the cloud. What architectures are needed? What should we tackle first? What are some standards and edgeops technologies that developers can use to implement these capabilities in their enterprise systems?

Q. Why are the technical challenges at the edge so much harder than those in the cloud?

A. There are four main reasons edge computing is really hard and very different from the cloud.

Hardware. The hardware at the edge is heterogenous, typically provides a much lower set of capabilities, and has far less RAM than hardware that runs in the cloud. The performance difference between datacenter servers and edge devices can easily be a factor of hundreds. And, you typically can’t install the same software across edge device types without recompiling for a different processor type. In a datacenter, you can run the same software on any vendor’s server hardware.

Connectivity. Connectivity at the edge is often low bandwidth, vulnerable to weather events, and prone to dropping out. Imagine a sandstorm knocking out connectivity to the oil pumps you’re monitoring for several hours. You have to think differently about how devices communicate at the edge because you don’t have the luxury of a 10-gig fiber connection like you do in a datacenter.

Power. At the edge, you may have to deal with a device that runs on a battery and relies on a tiny solar panel to recharge so you can’t use more than 50 percent of the available power in a given day. In a datacenter, you have almost infinite power and sophisticated air conditioning to keep servers cool.

Security. Edge devices will run enterprise-level software, but they’re vulnerable to theft and damage. Often, all it takes is a ladder and screwdriver so it’s fairly easy for people to act in a malicious way before they can be stopped. This level of vulnerability doesn’t exist in datacenters where even employees don’t have access to all areas of the facility.

Q. What kind of initial interest have seen in joining the Edge Working Group?

A. The semiconductor and telecom verticals come to mind as real areas of opportunity where we have seen a lot of interest expressed.

For chipmakers, the Edge Working Group provides access to a developer ecosystem that will expose the powerful capabilities in their AI accelerator silicon products. These days, chips are really only as valuable as the user community that’s developing software for them. Edge computing applications are an ideal way to showcase the speed their products provide for AI and data analytics processing at the edge.

Telecom vendors’ reasons for joining are also very straightforward. If you have the 5G cell tower of the future and you know your telecom carrier customers are going to be looking for edge computing to enable 5G applications, you want to stay close to where people are building edge computing infrastructure. You can ensure your products align with edge computing standards, and you have an opportunity to help drive those standards.

Q. What do you say to developers who are intimidated by the idea of developing applications for the edge?

A. Our goal is to ensure that everything  that grows out of the Eclipse Edge Working Group will be focused on developers first. We know developers can’t afford to learn completely new things so our goal is to let people use their existing skills and devops tools, write in their preferred languages, reuse their existing cloud and datacenter applications, and make it all work seamlessly with the edge.

Chances are, if developers have software running in the cloud or in datacenters, they’re already 80 percent of the way there and we can help them push that software out to the edge.

Q. How can interested developers and organizations get involved?

A. If you want to get in on the ground floor, start by reviewing the charter and the Edge Working Group Participation Agreement (WPGA), or email us at membership@eclipse.org. Individually, developers can join the Edge WG mailing list where we’ll be sharing the progress of the working group. Edge is the way of the future, so join us now and take your seat at the table! 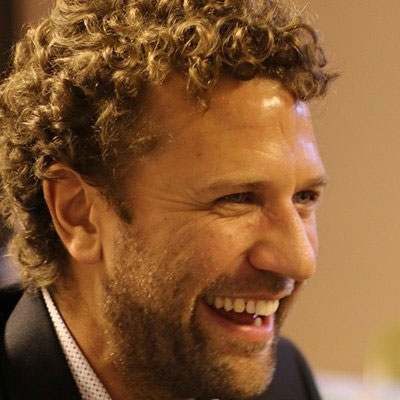